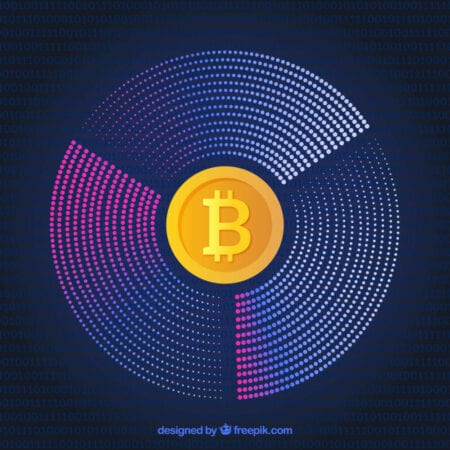 If you are a gambler who loves spending time in Bitcoin casinos playing BTC games and you are also interested in other forms of crypto investments such as Bitcoin Cash, this article is for you.

What to choose: Bitcoin or Bitcoin Cash? Both of these coins are widely used in some of the best bitcoin casinos and offer numerous perks to players. To help you understand the difference between the two cryptos, we suggest that you take a look at the journey these two popular types of electronic money have had so far. If you wish to skip reading this article and play free BTC games, we won’t stop you, bro! Our Bitcoin casino has free spins and other delicious Bitcoin bonuses – join thousands of happy WildTornado mobile casino players now!

Revolutionary digital money, Bitcoin, appeared in 2008. It was created by the anonymous party known under the name of Satoshi Nakamoto.

In the eyes of Satoshi Nakamoto, Bitcoin has all it takes to improve the quality of people’s lives by offering them financial freedom. What kind of freedom do humans get with Bitcoin, you may ask? Well, rather than giving control over their finances to central banks and other third parties, new digital money enables people to hold private keys to their holdings and make all kinds of secure and fast payments without the help of middlemen, which means paying virtually zero transaction fees.

All of the Bitcoin transactions are stored on the blockchain, a cutting-edge digital ledger, and are verified by an independent network of computers (‘nodes’) all over the world. Miners, people who own the nodes, add special blocks to the ledger as they solve complicated computational puzzles. Special fingerprints each block has and a so-called ‘consensus protocol’ (the block history shared by all the nodes) make Bitcoin transactions highly secure and immune to hacker attacks.

Issues that need to be solved

While Bitcoin indeed offers wonderful solutions to people’s financial dependence on governments and banks, there is one problem with this innovative currency. To be clear, there are some technical issues in the Bitcoin mining process that prevent this coin from scaling effectively. Growing demand for Bitcoin resulted in slow transactions. To put things into perspective, Visa processes 1,700 transactions per second on average while blockchain has the ability to deal with only 7 transactions per second.

With that being said, developers and Bitcoin miners had to come up with new ideas of how to increase the speed of crypto transactions. There were two ways out. First, to make the amount of data that is subject to verification smaller. Second, to make data blocks bigger, which allows for more information to be processed in one go. Bitcoin Cash appeared out of the above-mentioned solutions.

In 2017, developers introduced a Bitcoin Cash (BCH) hard fork to the crypto world. This new cryptocurrency was based on its own blockchain and had an important edge over Bitcoin. To be clear, the Bitcoin Cash block size of 8 MB enabled this currency to ensure fast transactions as the verification process took much less time. Then, in a year, the size of BCH blocks was extended to 32 MB while Bitcoin blocks remained limited to a shy 1 MB.

BCH, therefore, has the ability to process transactions much faster than Bitcoin, which translates into shorter waiting times and lower transaction fees. While Bitcoin Cash does solve the scalability issue faced by Bitcoin, the bigger blocks created in the BCH blockchain do not match the level of security offered by the Bitcoin network. Plus, BTC is the biggest digital currency by market cap, and thus remains the top dog among cryptos.

Today, BTC and BCH have two different functions in the cryptocurrency world. Retaining its original value, the former crypto is at its best now – it has lately seen its price rocket to a new high. Plus, if you have checked the latest Bitcoin prognosis, you may already be aware of a new prediction that the Bitcoin value will surge to over 100,000 dollars in August 2021. BCH, on the other hand, has also gained more value as the network has attracted more investors and projects. Whether you decide to go for Bitcoin or choose to invest your funds in Bitcoin Cash, both coins seem to offer you great financial benefits.

Where To Play Free Bitcoin Games

If you are looking for the best cryptocurrency casino, you can be sure WildTornado is a great choice! Immerse yourself into the beautiful realm of hundreds of trendiest Bitcoin games, from slots to blackjack and even roulette. Aso, our Bitcoin live casino is the source of extra immersive playtime where winning opportunities are endless and fun levels are seriously high!