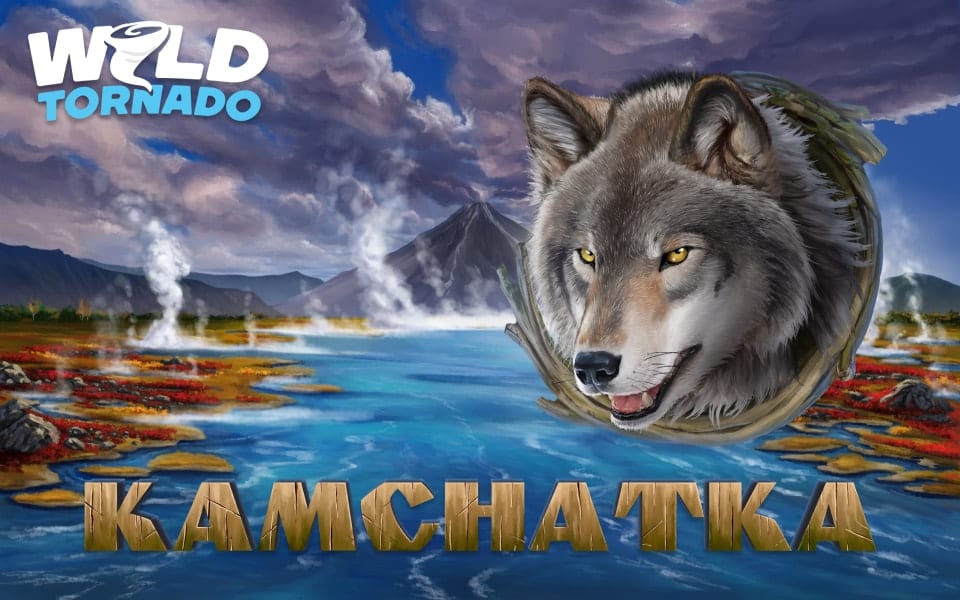 We’re yet again going to talk about the latest addition to the bursting-at-the-seams collection of video slot machines at WildTornado. The video slot game is a product of Endorphina, an outstanding software developing company that constitutes a talented team of designers and developers.

One outstanding feature of Endorphina is that they don’t dish out their games more often. Instead, they take their time to make releases and when you look at the end product, you are certainly going to be pleased. This is why we love Endorphina’s creations, and the reason why we’ve decided to put a couple of lines of Kamchatka, their latest release, in our blog. Kamchatka features a 5×3 reel layout and takes you to the cold wild deserts of Russia where bears roam freely and volcanoes spew their ash ferociously from time to time. For Russian natives, you can already picture the land itself, but for those who are still lost, the setting of the game is based on the Kamchatka Peninsula.

Undoubtedly,  Endorphina’s designers are worth their salt. The innocent nature and wildlife of this Far East region showcased on the reels will mesmerize you to the marrow. Prepare yourself to wander around brown bears, wolves, foxes, elks, and eagles – which are all high-paying symbols in the game. As you take your break, seat right at the bank of the free-running river, where hundreds of salmons leap their way through the steep water rapids and lose your heart to the beautiful sightings! It would be a shame if such a spectacular slot scenery wasn’t accompanied by interesting in-game features. This is why Endorphina has decided to bestow on us as many as 15 free spins, which will help the curious explorers take a better tour of the Kamchatka slot. The feature kicks in as soon as at least 3 scatters ( symbols of Geyser)  pop up on the reels. What’s more, the producer makes sure the winnings during the bonus round are multiplied by 2x.

Another very appealing aspect of the game is a so-called Geyser Bonus. Be on the lookout for the symbols of Geyser on reel 1 and reel 5. The prizes to grab start from 2x the wager and may reach an enticing 15x the stake. The feature is active both during the main game and throughout the bonus one.

The slot features a wild represented by a bear symbol. Wilds turn up stacked in the base and bonus games.

Players who choose to play the Kamchatka slot online have an opportunity to benefit from 243 winning ways. The game has 8 betting levels that range between $0.3 to a maximum of $300 per spin.

An announced RTP of the game sounds truly promising – 96%. In other words, players are likely to pull it off, should they only be on a roll with the free spins and multipliers.

Endorphina’s approach to their new wildlife-themed game is a celebration of human ingenuity. Without a doubt, the cutting-edge graphics, sleek animation effects, and a one-off theme indicate that Kamchatka is the cream of the crop! Furthermore, the features presented in the game are quite decent. This all adds up to a worthwhile slot machine – definitely, a must-play in the season!

Play the new Kamchatka slot online and get immersed into an honest-to-goodness wild paradise on Earth!

Bonus-wise and mobile-friendly, WildTornado Casino is delighted to open for you the gates to a real gaming paradise. Endorphina, as well as many other renowned gaming software producers like NetEnt, Play’n Go, Yggdrasil, to name a few, are waiting for you!