Learning the Best Poker Strategy for You 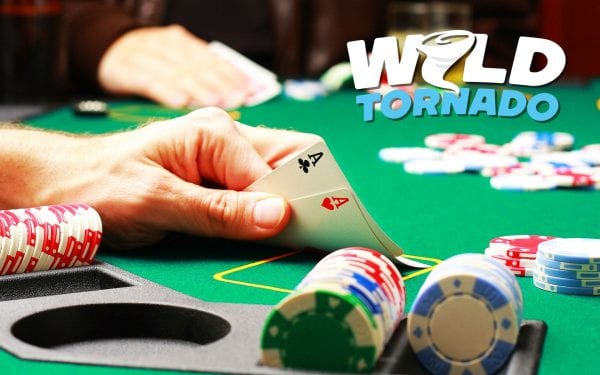 Anyone who has ever played poker will tell you there is no definitive way or poker strategy in which players can guarantee a win. There are, however, methods and strategies players can employ to substantially better the odds of playing a winning hand. Taking a look at what some of these poker strategies are, it’s aimed at granting players a better understanding of how their chances of winning can be improved.

This strategy is the very first step players take into either increasing their winning chances or playing a light hand which ultimately ends in a loss. The starting hand strategy determines which card should be played and which should be thrown out. By choosing wisely, players can instantly better their odds.

The two basic sets of a starting hand are paired and non-paired hands. The best starting hand is a pair of Aces and the weaker the air in card face value, the weaker the hand. The best pairs are the monster hands; a pair of Aces, a pair of Kings, and a pair of Queens and are considered as the best hands to play. Medium-sized hands are pairs of Jacks, 10, 9, and 8. These are good hands but are rather vulnerable. Values ranging from 7 to deuces are the weak hands but are also still good. The weaker hands may lose to 3 of a kind.

Two cards dealt with the same suit can increase the chances of a flush win. If the player is dealt with one higher card in the suit, it increases the chance of winning the hand, should the opponent also hit a flush.

The worst hand to play is a 7 and 2 as the chance of making straights, flushes, and pairs high enough to win the pot is incredibly low and as many professional players will advise, fold the hand dealt before losing too many chips.

By making an educated choice of which hands to fold and which to play, players are already picking up on good poker strategies.

Seeing too many flops, known as the limp, is when players call instead of raising when they enter the pot. This strategy is often used by beginner players and professionals are set against it. When players are dealt with high cards or high pairs, they raise the pot. Weak hands or hands that are low, unpaired or unmatched, should be folded.

Furthermore, uncertainty should also be a sign to fold. Playing with conviction is what sets professional players apart from the novice entries and avoids falling victim to the Limp.

By raising the big blind on a good hand, players will get rid of smaller hand opponents and increase the odds of winning against a smaller crowd. Players who generally raise the big blind are considered to have either a high hand or a good hand, which can also be followed by bluffing.

In more than one instance, professional players have won the pot on a bluff and even though it may have been a lucky win. By attempting a bluff the player is essentially trying to get the opposition to fold as to claim the pot for themselves.

An effective bluff creates the illusion that the player’s cards will beat the opposition and this is measured by the way the player convinces the table of this illusion. Confidence is essential during a bluff, but so is the way the bluff is executed. For example, you can bet during the rounds but never too high, play the cards as you would any other hand, and finally, when the number of players has been narrowed down, it is time to bet big but on a hand that makes sense.

Players who exercise effort and gain a general understanding of poker, the terms, and how winning hands are formed, they are the ones who improve their chances of winning. The best poker strategy is ultimately the one to win the pot.

At WildTornado, you can practice any of the poker strategies to gain the best possible hand and win the jackpot– Play now!