Poker Tells: Play the Man, Not the Cards to Be a Winner 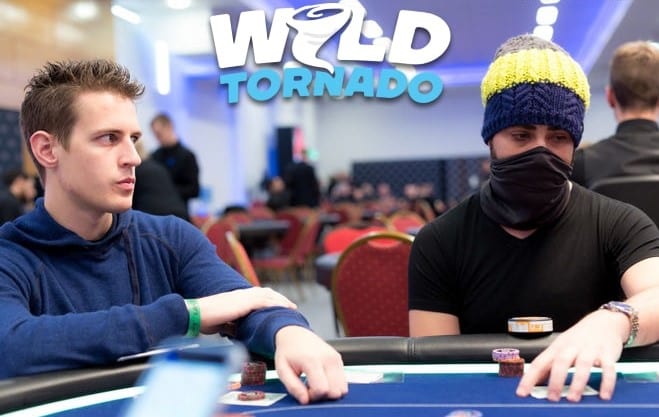 In poker, the most accomplished players know better. They know that to achieve great success in the game, you have to be a good actor, a trait that they have mastered to perfection. In fact, they are so good at it that it’s quite a surprise they have not yet been nominated for the Academy Award for “Best actor/ actress”. These players are not only aware of how to conceal their emotions, but they can also ‘transform’ into an X-ray machine and skillfully scan their opponents’ cards. And how do they do this? They use features referred to as ‘poker tells’

A Poker Tell is simply a change in your opponent’s body language that will give you a clue as to what your opponent might be holding in his or her hand.

Some of the poker champions have got their ‘reading tells’ game down to a fine art. Many of them would agree that being skillful in reading poker tells could be the difference between winning or losing in the game. The good news is that mastering this skill will improve your odds of winning while playing poker. And to provide you with the tips that will help you perfect this art, our team of experts went a step further and consulted some of the top poker players in the industry. And this is what they had to say about Poker Tells.

A rule of thumb

For the starters, there’s a rule of thumb that you have to remember: a player who holds a strong hand tends to openly come across as weak, and conversely, a player who holds a weak hand tends to demonstrate strength. Therefore, observation is crucial, and you need to be very careful to crack the tells a game is constantly teeming with. Let’s have a look at some of them:

According to most pros, this is a classic tale. It’s assumed that a player who has a strong hand will often tend to lean back in the chair and fold their arms across the chest. This kind of mostly unconscious behavior is driven by the desire to not appear intimidating and powerful. In case you observe it, there’s a high probability that the player has a very strong hand.

Right after the flop occurs, a player may sharply shift their eyes from the cards, which is an obvious sign they are sitting on a decent hand. Their look may just go sideways or be directed at another player – an intentionally adopted disinterested behavior. So don’t be surprised to subsequently see them raising or betting.

Casting a glance at chips is usually categorized into unconscious behavior. A player is most likely to intend to bet if they give a brief look at the chips and then withdraw their eyes from them.

In a game of poker, there is also a common technique known as a stare-down. In case the hand is played by you and your opponent, to reveal what they hold, simply give them a stare-down. If they return your look, and – most often – bestow a light smile on you, you are likely to be in trouble, ‘cause their hand is good!

At this point, the only thing that’s going to save you is your ability to differentiate between a genuine and fake smile. To elaborate on this, a true smile causes the outer corners of the eyes to wrinkle as opposed to a pretended one that leaves eyes unengaged. Keep in mind, a pretended smile is only suggestive of weakness. So be all eyes and don’t let poker bluffs fool you!

As soon as the cards are dealt, a player’s eyes will often become bigger – an indication he was dealt something he liked. For instance, when seated at the Texas Hold’em table, a player gets, say, a pair of kings, he or she is happy, to say the least. Unsurprisingly, to disguise their emotions, they will want to look impassive or even upset. However, unconsciously –  and thus uncontrollably – the happy feeling is immediately accompanied by a retraction of eyelids, and often dilation of pupils.

Paying attention to the respiratory rate of your opponent usually constitutes a worthwhile tell. If you observe shallow respiration, or an intention to stifle noisy breathing, a person who does it is most likely to be sitting on a poor hand.

One of the most reliable pokers tells is extracted from observation of moving feet. Usually, whenever people want to tell a lie, they are more likely to be aware of their faces and upper parts of their bodies rather than their lower limbs. It, therefore, makes sense to pay attention to a player whose feet show a notable activity. In fact, the tale in question may be a sign of either a decent or a poor hand.

To be specific, the calm upper body and tapping feet are suggestive of a strong hand. How so? A player is itchy to grab their winnings and the moving feet cannot help but betray their excitement. On the other hand, if a player sits on a weak hand, they tend to maintain a  blatantly solid upper body, while their nervousness finds its way out through their feet. Another valuable piece of advice from WildTornado! To understand whether, and to what extent, a player’s behavior changes, first of all, you need to get a baseline of how they behave before they play. In other words, you need to get some knowledge of their natural behavior.

Some of the cues to look at include how they behave when they are not in a hand: are they outgoing or shy, talkative or quieter, is their posture closed off or quite opened? This baseline will enable you to have an understanding of how they subsequently deviate from their more or less natural demeanor while in the thick of the game.

As we conclude this post, we would like to insist that reading body language is hardly an exact art. It’s a skill that’s acquired after practicing it on real players seated at the poker table. You need to register your opponents’ behavior on different stages of a game, interpret it, observe patterns, deviations from patterns. Naturally, the more you play and observe, the better you become in reading skills.  Practice makes perfect as they say!

There is one last thing we would like to mention as both your motivation and compelling evidence of how crucial it is to master the art of tells. We are talking about an unprecedented success of a flat-out poker amateur who took the PCA National Championship by storm grabbing her first-place winning prize! Actually, we wrote about Maria Konnikova’s story in our earlier post of August 3. There,  we specified her holding a Ph.D. in Psychology. Could you guess what it means? Right, it means reading people is second nature to her. A coincidence? In all honesty, we don’t think so! We find it a great motivation to start playing the man, not the cards!

Now as your skills arsenal has widened up with the poker tells knowledge, it’s time to put it into practice and make sure they will not pull a fast one on you!

Soon we’ll fill you in on more poker tricks and other exciting information. So stay tuned!

In the meantime, WildTornado invites you to feel the taste of the quality online gaming entertainment with the best of video poker, table games, as well as slot machines!

Play skillfully with luck on your side, and most importantly enjoy!