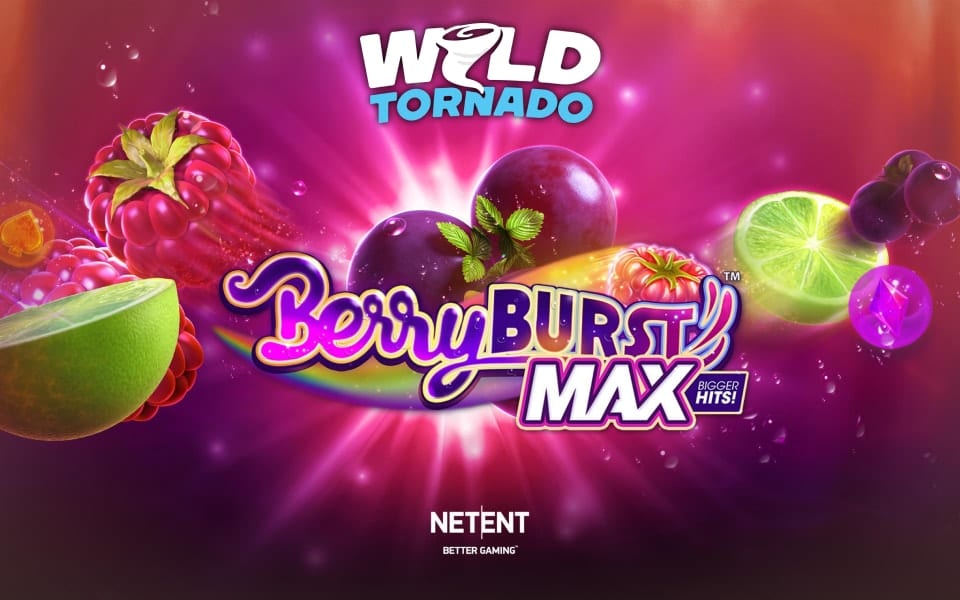 Even though we’re in the last days of the summer, the sun is still burning hot. That said, you may feel like having a refreshing spinning cocktail called Berry Burst, so timely served by NetEnt!

As a matter of fact, in August 2018, not only did the NetEnt wizards release a tasty fruity slot, Berry Burst, they also developed an enhanced version called Berry Burst Max – a game that awards jaw-dropping prizes.

Make sure you buckle up, as WildTornado is about to give you a quick, enlightening ride through the features of the latest hot releases coming from NetEnt’s creative workshop, Berry Burst, and Berry Burst Max. 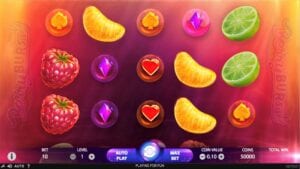 Visually, Berry Burst is exactly what can be called a slot masterpiece, topped with a potential winning prize of 1868x the stake. Further to this, what is absolutely impressive is that if 1868x the stake is not capable of quenching your huge appetite for massive winnings, NetEnt provides you with Berry Burst Max – a slot that awards an awe-inspiring 6000x the bet! Both Berry Burst and Berry Burst Max are cluster-type slots that feature 5 reels and 3 rows. While playing these two, to achieve winnings, you would want to see 5 or more of a kind in a cluster.

It goes without saying that  NetEnt did a stellar job. The state-of-the-art graphics, combined with the smooth animation, contribute to a flawlessly executed fruity theme shared by the two slots. With that being said, as soon as you start the games, you get immersed into something that resembles a shiny swimming pool, filled with sweet juice and a bunch of colorful fruit. Raspberries, grapes, limes, and oranges are all present ready to generate the ‘eye-candy’ feel and of course good, solid winnings. All this is topped with a laid-back and highly positive soundtrack, which perfectly matches the relaxing and beach-like mood the visuals create. Kudos to NetEnt!

Even though these games do not involve free spin rounds, there are a few outstanding features that decently substitute for a lack of freebies. The highlights of the games are wild reels that expand, as well as subsequent free respins. For more details, keep reading! 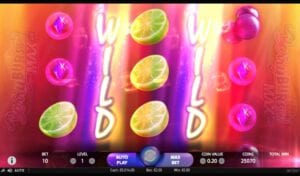 Wild symbols randomly pop up on the reels in both Berry Burst and Berry Burst Max. The great part is that they are expanding wilds, which means that after landing at least one wild, you’ll see it expand across the whole corresponding reel. What’s interesting is that It is subsequently followed by a so much coveted respin. In the event of getting one more wild during the respin session, you are treated to an additional respin. Between the respins you keep reaping your rewards – wins are granted after the expanding wilds cover the reels and before the activation of a respin. This all adds up to the incredible power of both games – 5 wild reels are worth 500x in Berry Burst, while in the Max version 5 wild reels equate to a 1000x winning prize.

So it is quite safe to say that simple mechanics results in awesome rewards and engaging entertainment!

Both Berry Burst and Berry Burst Max show respect for all kinds of players. Spinners can start their bets from a low of $0,10 per spin and can go as far as $50 as the maximum wager.

It’s also worth noting that Berry Burst is considered to be a medium variance game with an announced RTP of 96.56%, while Berry Burst Max’s variance is regarded as high and its RTP is set up at 96.23%. Well, we must admit we are crazy about Starburst. And it does not take a scientist to figure out that Berry Burst and Burry Burst Max games were conceived as follow-ups to this most loved and played NetEnt’s 2012 slot hit.

In all honesty, although we enjoyed playing these two new releases, Starburst remains our fave. However, given the simplicity of both Both Berry Burst and Berry Burst Max, and their improved payout and upgraded features compared to Starburst, we may be surprised and get a second Starburst in the face of these fruity slot tandem.

The Berry Burst and Berry Burst Max games are amazingly rendered onto the screens of your smartphone by WildTornado. We believe you should try them out!

Also, make sure you check out our multiple latest releases and hot games! There are loads of games and bonus offers you could benefit from at our casino.

P.S. WildTornado is one of the best Bitcoin casinos, acknowledged by the independent renowned gaming authority AskGamblers. That said, it’s a top choice for the safest and most relaxing playtime.