Grand Spinn by NetEnt Oozes Style with 4 Jackpots On Offer

Grand Spinn is an upcoming slot game crafted by NetEntertainment and scheduled for release on July 23. In their fresh creation, the world’s leading developer of gaming software pays tribute to

Happy tidings keep coming to the WildTornado Casino and we are super excited to share them with our lovely readers!

Mercy Of The Gods by NetEnt: Dare To Hit A Progressive Jackpot

Have you experienced the raptures of one the best progressive jackpot slots ever created, known as the smasher Divine Fortunes? If yes, the news is that NetEnt is about to introduce you to

Arcane Reel Chaos Slot by NetEnt: Start Raking In Cash In The Base Game

Are you a fan of X-men series? If the answer is positive, you will be thrilled to learn that in their new creation, Arcane Reel Chaos slot, NetEnt pays homage to the ever-captivating superhero 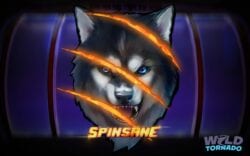 Spinsane Slot by NetEnt: Get A Buzz Out Of High Energy Game

The slots community is abuzz with Spinsane, an upcoming 5 reel, 3 row and 27 payline ‘high energy’ slot by NetEnt. It is hard not to notice that Spinsane does not really look like NetEnt’s 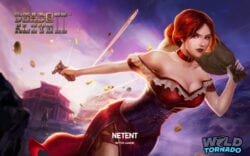 10 years have passed and finally, bona fide slot buffs got a smashing answer to their prayers. This answer came in a shape of 5 reels and 3 rows that, roughly speaking, constitute the most anticipated slot game in the entire iGaming industry – Dead or Alive 2.

If you are wondering what NetEnt has to do with the guy who sank his teeth into a breathing dove and bit its head off, we will enlighten you right away!

Net Entertainment struck up a deal with Global Merchandising Services to have the living rock legend, Ozzy Osbourne, feature their upcoming music slot game. Although the producer has not

2 Best Music Slots Of All Times

A good piece of music will often give you the chills and lift your spirits. And when you hear the song that speaks to your soul, most of the time it will appeal to your senses so much that you will break into song along with the artist and succumb to moving your body enthusiastically. This is how you give way to the utmost delight of the rhythms that overwhelm your beaming body. 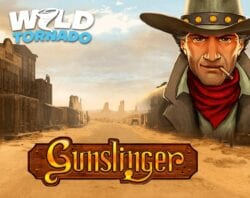 Top 3 Slot Games To Play Online During Autumn In 2018

Most of you have been thinking of a game that they would like to play online already. It’s perhaps a game that you heard of somewhere and can’t quite recall the name. But in a spur of the moment, you’ve remembered it and you don’t want the thought to wander off. All you want to do now is find the best place to visit. A place where winning and fun come naturally. Don’t you worry, WildTornado Casino has a plan for you to win and have some fun at the same time! 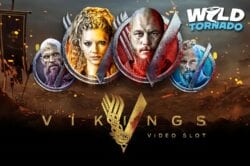 We’ve been waiting in anticipation for the long-awaited NetEnt’s Viking Slot! And the long wait seems to have paid off as the company has recently provided us with the access to this game. As slots experts, we’ve had an opportunity to view it and only three letters can best describe it… ‘WOW!’ 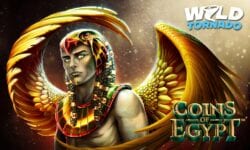 Coins Of Egypt: NetEnt Wows With A New Slot Game

Whenever NetEnt releases a new game, we expect nothing else but hours of exceptionally enjoyable and inspiring playtime accompanied by great chances of winning cash prizes. And fantastically, with their latest title, Coins of Egypt, the company managed to exceed our high expectations!

Let us invite you to get a sneak peek at the upcoming blockbuster game by NetEnt!

One of the most celebrated and accomplished software providers, NetEntertainment, is currently in full-steam preparation for an upcoming game release! To be more specific, NetEnt’s

September fantastically keeps brimming with new releases, which means the WildTornado casino games testing team has their work cut out for them. But can we complain? The answer is “no 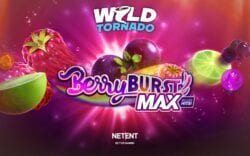 Even though we’re in the last days of the summer, the sun is still burning hot. That said, you may feel like having a refreshing spinning cocktail called Berry Burst, so timely served by NetEnt!

As a matter of fact, in August 2018, not only did the NetEnt wizards release a tasty fruity slot, Berry Burst, they also developed an enhanced version called Berry Burst Max – a game that awards jaw-dropping prizes.