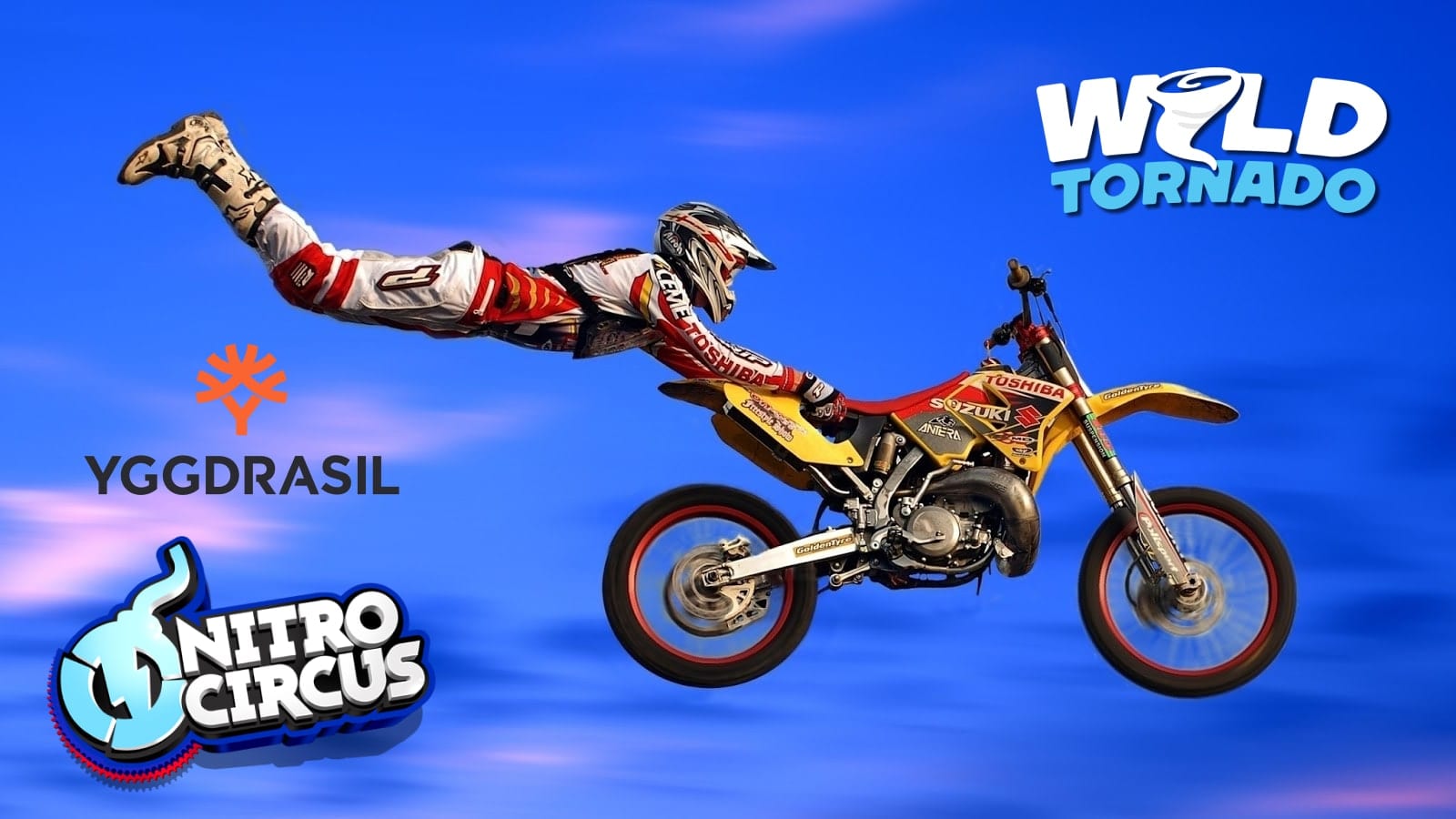 It’s time you bucked uptightly, which might as well not be enough for the upcoming slot released by Yggdrasil. In addition to buckling up, we strongly advise you to wear a helmet, body armor, and any protective gear that your hands can reach. Only then will you be well-prepared for Yggdrasil’s sensational November release of Nitro Circus slot!

Yay! This was our expression at the office after we learned of the news! While Yggdrasil has in the past few months released a brand new game on Vikings, we felt that a company of their stature needed to do more than releasing Viking-themed slots – and they are doing so soon by introducing a branded slot to their portfolio. And they have done this by choosing one of the most-watched and celebrated action sports TV shows – Nitro Circus.

Will the slot game be as thrilling as the original TV series? Will it make your heartbeat race and forehead perspire with beads of sweat? Well, we are just about to find out!

Have you ever watched the stunts pulled by the Nitro Circus wild boys? Every time we are watching them do their jump tricks in the Nitro Circus show, we are usually awed at the guts they have! What if they fall midair, will they survive such a tragic crash? How do they feel? Do they enjoy living on the fast lane like that?

These are just some of the questions that keep racing through our minds every time. But the Nitro Circus riders – these hotspurs and devils of fellas, are cast in a very different mold. They live to either succeed or die. They live for their dreams to come true, they breathe to reach the impossible!

For the first time, in the history of slot machines, Yggdrasil is transporting us to the center of the action of this celebrated action sports performer through their hot slot – Nitro Circus. The ingenuine developers will prompt you to say “yes” to a new challenge! They will dare you to perform triple and quad backflips in sync with audacious riders. As a reward for your audacity and skill, you’ll reap cash prizes.

Yggdrasil is known for its art and skill in designing and developing slots. They always impress their fans, evident in releases such as Hanzo’s Dojo and Penguin City, as well as the riper titles like Vikings go to Hell and Gem Rocks, to name a few. All these games became instant casino slot hits and are hotly played across multiple casinos, including WildTornado! With such high standards and reputation to uphold, we can therefore eagerly expect them to startle us with their much anticipated Nitro Circus slot game.

This is just a sneak peek of what the game is all about, so keep checking back for more updates!

P.S. WildTornado invites you to play the best of the Yggdrasil games at our cozy mobile-friendly casino! Also, check out our hottest and newest slot games. We bet you’ll be impressed!

Play, enjoy, and fill your pockets with prizes!